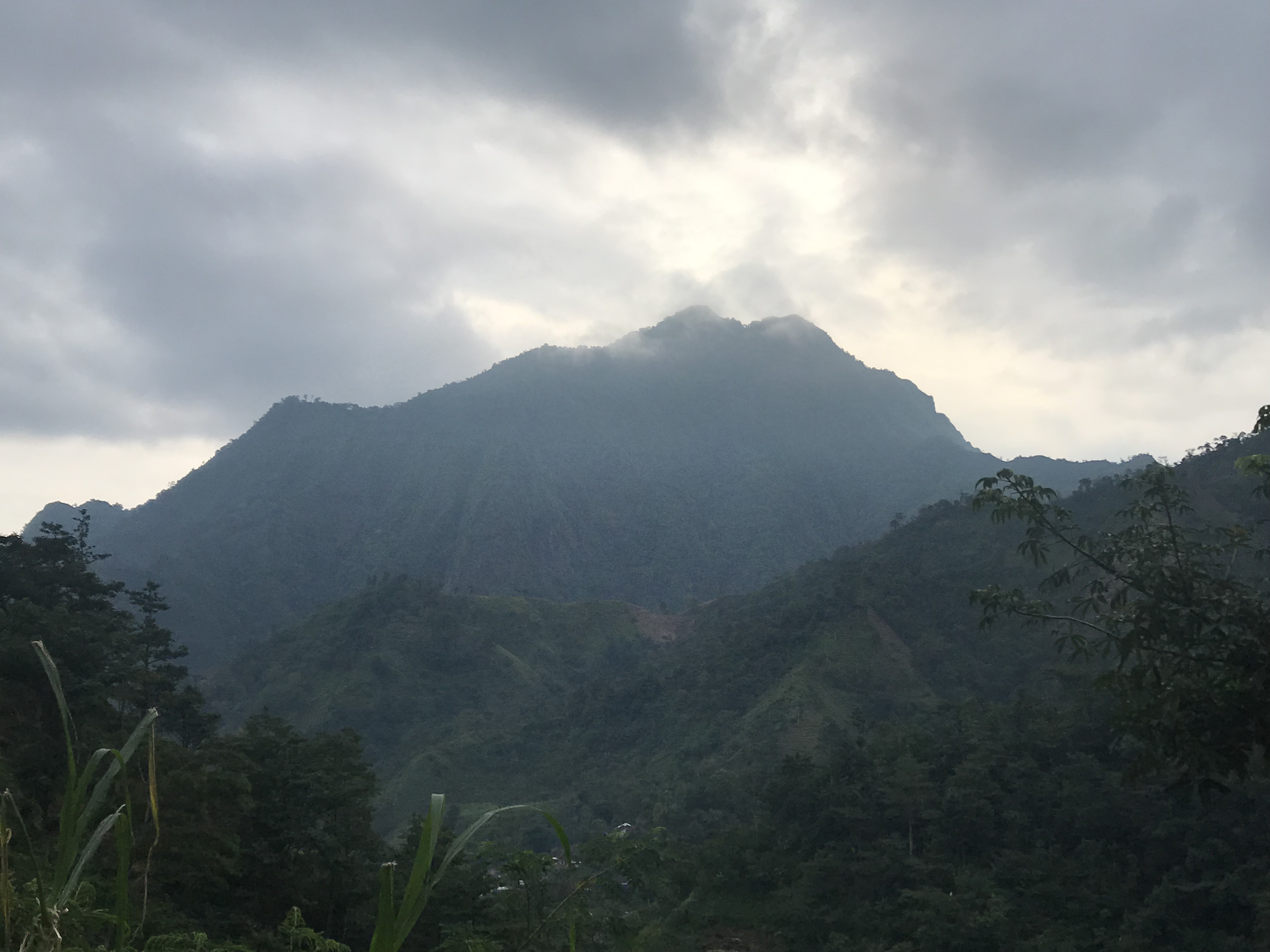 My first Gunung Bagging trip since 2011 was a great, easy rainy season weekend trip to Semarang and Gunung Muria. Things have changed since my last trip to Semarang with the impressive new airport. Since Grab/GOJEK are not allowed to pick up at the airport I took an airport taxi to Kota Lama (old city) for lunch at the historic Spiegel. Pedestrian friendly road improvements are underway in Kota Lama, which is good to see if a little chaotic right now.

Took a Grab in the afternoon to Kudus (Rp 160k) and stayed at the King’s Hotel (Rp 350k). Kudus is not a tourist town but I had a juice at Kriptik coffee and a good dinner at Greens Bakery & Bistro.

Having taken a Grab bike into town with a good driver I asked if he wanted to take me to Rahtawu the next morning at 5 am, wait while I climbed Muria, and then bring me back to Kudus. He jumped at the chance and we agreed only 50k each way! Of course I planned to also pay for him to wait (another 50k).

The next morning he arrived on time and we took the one hour ride to Rahtawu. As Dan’s bagging info suggests, once you have gone through the gateway into Rahtawu the ride climbing and winding up the river valley is great. With sunrise at 5:30 this was perfect timing. Unfortunately mostly cloudy on Muria but that’s what you expect at this time of year.

Dan’s bagging info is spot on and I started the hike just after 6 am from Semliro – the end of the road. It’s an easy trail, starting fairly level before climbing up the valley. Some good views back towards Rahtawu and it’s a trail that always provides views. There was one confusing point with a sign to P29 for two different trails – one of them “Jalur Trenggu”. I asked an old farmer and while not getting a clear answer he indicated Jalur Trengguu. I started along that trail but decided to turn around as it didn’t seem to follow Dan’s waypoints. I chose correctly, since the other “Sendang Bunton” (Bunton spring) trail was the one with the Pos. It wouldn’t matter because I met the old farmer again at the point when Jalur Trenggu meets the main trail further up! It’s a fairly steep climb up to P29, but I was at the summit in 2 hours. It was cloudy at the summit and looking like rain so I didn’t linger, following a few photos of the small shrine. I was back down in 1 hour.

A very pleasant hike and good to see the trail is virtually entirely clear of trash/litter. Only at the summit where people camp and there are some buildings is there the sad sight of 1000s of plastic bottles. 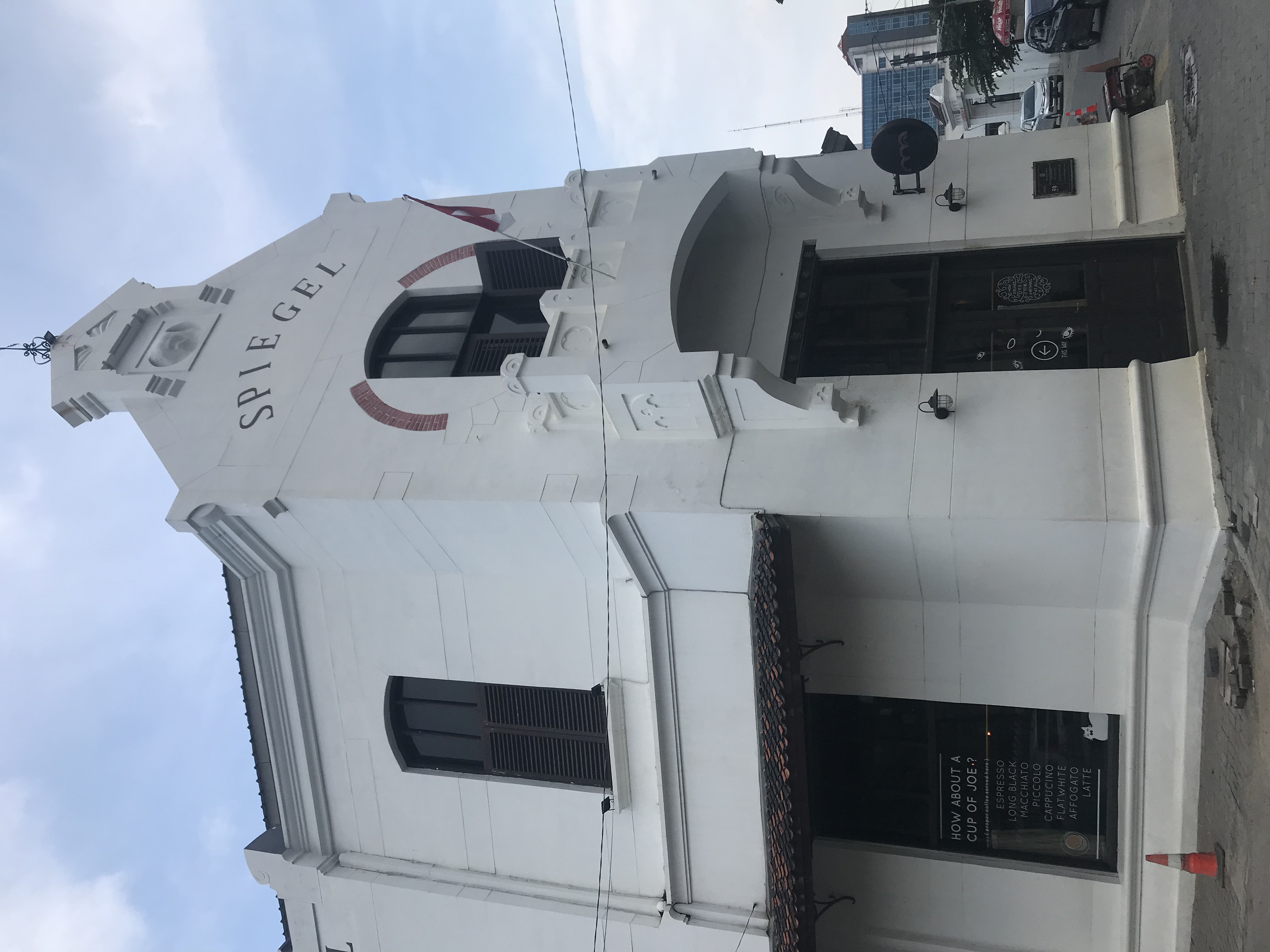 I was back to Semarang by lunchtime, and I enjoyed a good lunch at Spiegel. I then checked out Sewang Lawu (the old Dutch Railway Company Building) before having a beer at Sakapatat beer garden up on the hill to the south. 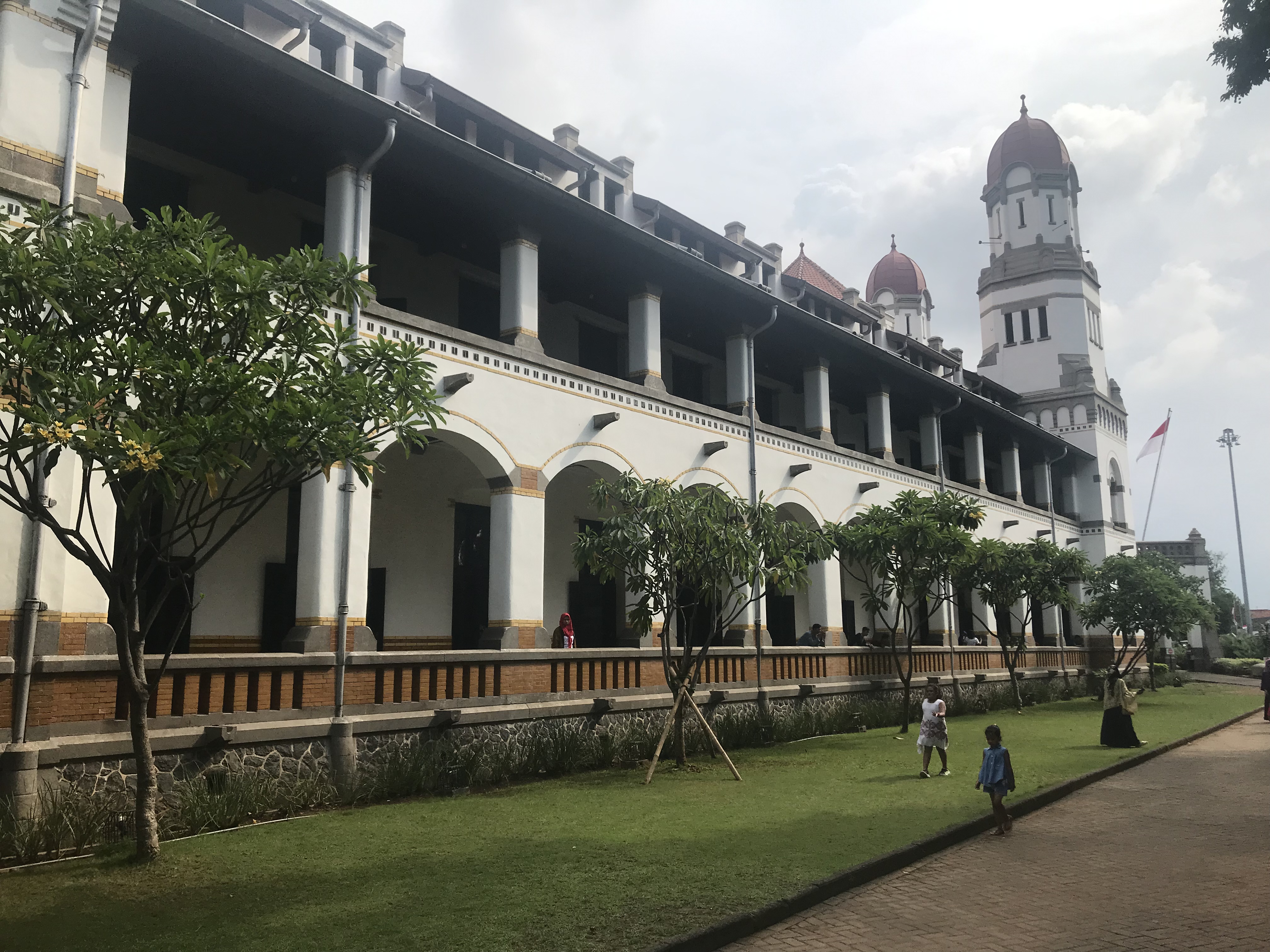 Back on the bagging bandwagon. Thanks to Dan for this good rainy season easy weekend Ribu and Ultra bagging suggestion.